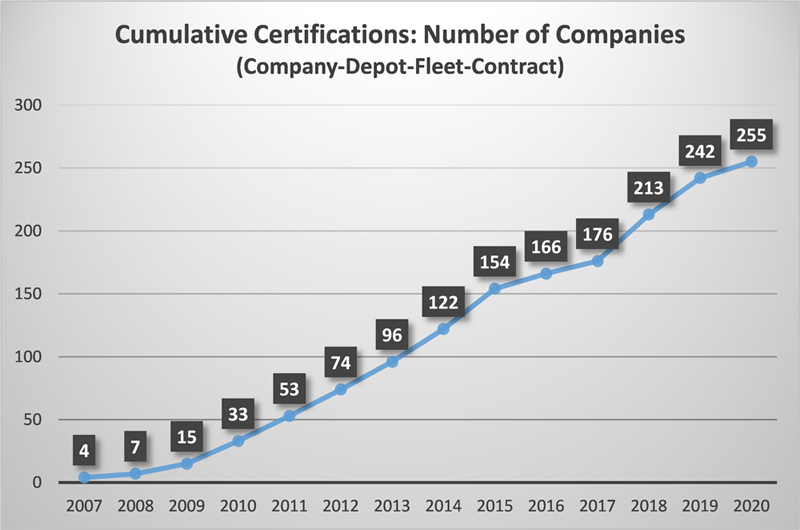 Heavy vehicle overloading has been a nemesis in South Africa for decades despite efforts at more effective law enforcement. Overloading causes accelerated road deterioration and together with inadequate vehicle maintenance, driver fatigue and poor driver health, contributes significantly to South Africa’s poor road safety record. In July 2003, the forestry industry embarked on a dti/Forestry South Africa-funded project to introduce a self- regulation system, the Load Accreditation Programme (LAP) to address overloading, vehicle maintenance and driver wellness in the timber transport industry. The initiative was in line with the DoT’s national overload control strategy (NOCS) in which one of the recommended interventions was to explore the concept of self-regulation and to facilitate such an industry-led initiative to complement law enforcement. The NOCS identified the Australian National Heavy Vehicle Accreditation Scheme (NHVAS) as one that had a number of components appropriate to the South African situation.

The implementation of Load Accreditation Programme(LAP) in the forestry industry was a huge success. The extent of overloading in terms of number of heavy vehicles charged for overloading reduced by approximately 40 percent over a two year period. This resulted in the creation of a national LAP steering committee in order to expand the programme to other industries. Stakeholder and organisations represented on the committee included the DoT, SANRAL, Forestry South Africa (FSA), the Institute for Commercial Forestry Research (ICFR), SA Canegrowers (SACGA), Road Freight Association (RFA), NPI and CSIR, Chamber of Mines, Sabita, ASPASA, SARMA, SACGA and the pulp, paper and board industry.

After the successes achieved in the reduction of overloading, the committee decided that focus of the initiative needed to be broadened to include other factors that impacted on safety in the heavy vehicle sector. Hence the name LAP was replaced by the more appropriate title of “Road Transport Management Systems (RTMS)”
RTMS has hence evolved into a holistic mechanism for transport stakeholders to managed companies in a safe, compliant and productive manner. Thus RTMS aim to prevent premature road degradation, minimise the risk to other road users and optimise productivity within the supply chain.

In August 2006 the SABS was approached to develop the RTMS as a national standard. Through a consultative process, it was decided to first publish the standards as a “Recommended Practice” (ARP 067). An SABS Technical Committee, STANSA TC181B: Road Transport Management Systems, was constituted in October 2006 and a Working Group appointed to transform the LAP standards developed by the CSIR for the forestry industry into an SANS Recommended Practice. The ARP 067-1:2007 Part 1: Operator Requirements – Goods was published by Standards South Africa and together with the standards for consignors and consignees are currently being revised by the SABS (Technical Committee 241) for publication as SANS 1395. This latest revision of the RTMS standard has taken into account ISO 39001-1:2012 (A relatively new standard for Road Traffic Safety) requirements. The RTMS Standard also incorporates the requirements of SANS 10399:2012 – Requirements for Bus Operators. This has resulted in the board of South African Bus Operator Association (SABOA) promoting RTMS to its members as tool to improve road safety in the bus industry.

RTMS has progressively evolved over the years and is now recognised as a holistic risk management system that has shown exceptional benefits as reported by various transport operators over the last 15 years.